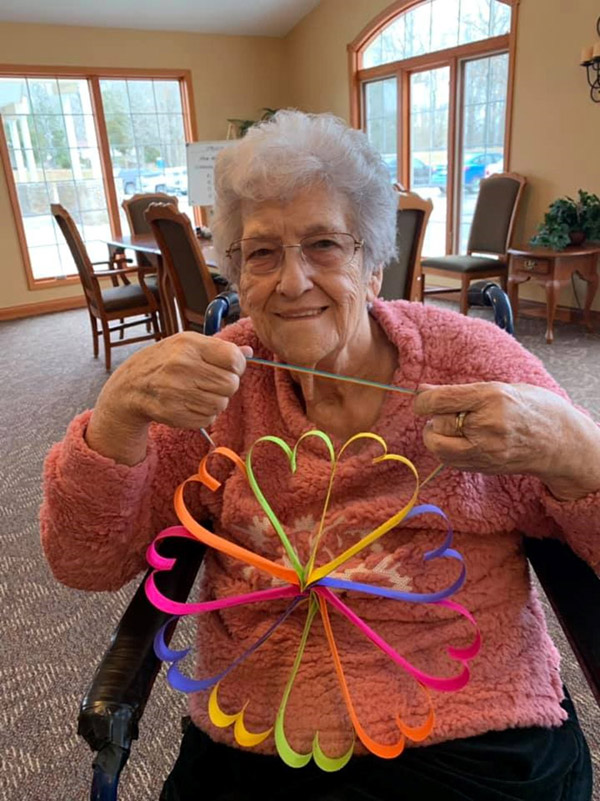 Pauline was married to her husband, William “Bill” Gholson for 65 years. She described their relationship with loving memories. They were high school sweethearts who got married when they were 18 years old. “His mother had to sign for him to marry me because back then men had to be 21 to get married.” Bill was a preacher for several local churches which allowed Pauline to become familiar with many community members during that time.

Together, they had two daughters and two sons. Two of her children live in Arizona and two live locally. She has 9 grandchildren and 1 great-grandchild, who are her pride and joy. She remains very close with her children and jokes that “they don’t let me get away with anything.”

Pauline and her husband worked at Dixon State Hospital where they carried out nursing duties together. She also drove a school bus for 7 years and was a head cook at a nursing home in Northern Illinois. But the job that she is most proud of was raising her four children into the wonderful people they are today.

Pauline has many hobbies including embroidery, knitting, cooking, and sewing. She would often make clothing for her daughters when they were younger. She spends most of her time with her dog, Sug, who is like another family member to her.

Pauline has enjoyed her time at Autumn Ridge Supportive Living and says “it’s one big family, that’s how I think of it.” She stays active with a wide variety of activities and crafts and she never misses our themed holiday parties. Anytime you see Pauline she is always in good spirits and has a smile on her face.